Climate Change Adaptation and Community Resilience in the Philippines 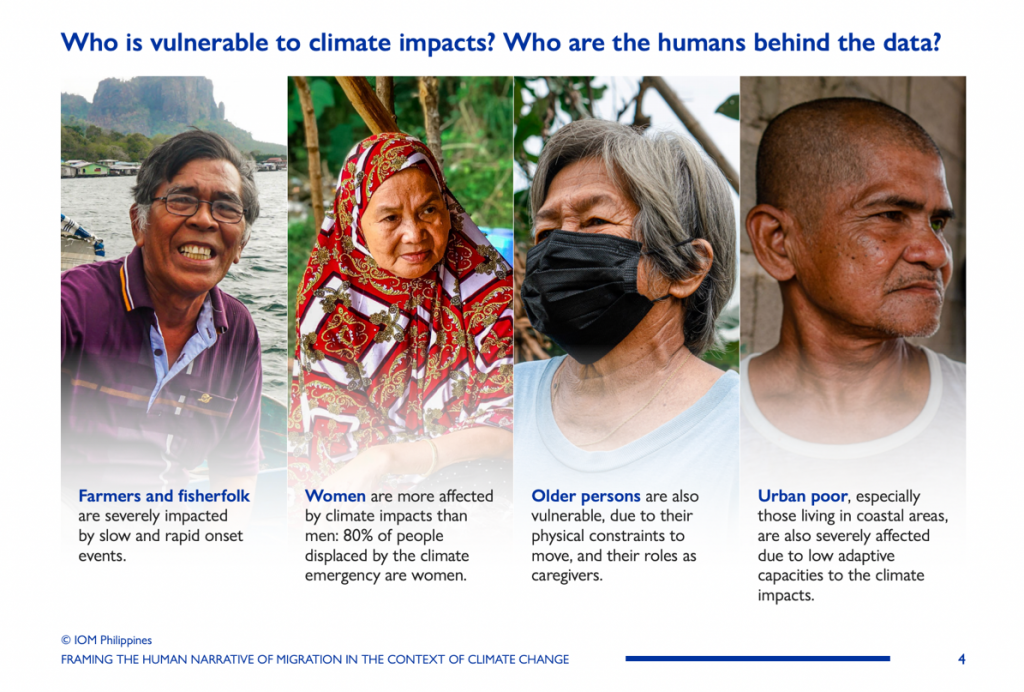 Who is vulnerable to climate impacts? Who are the humans behind the data? Framing the Human Narrative of Migration in the Context of Climate Change, page 4. 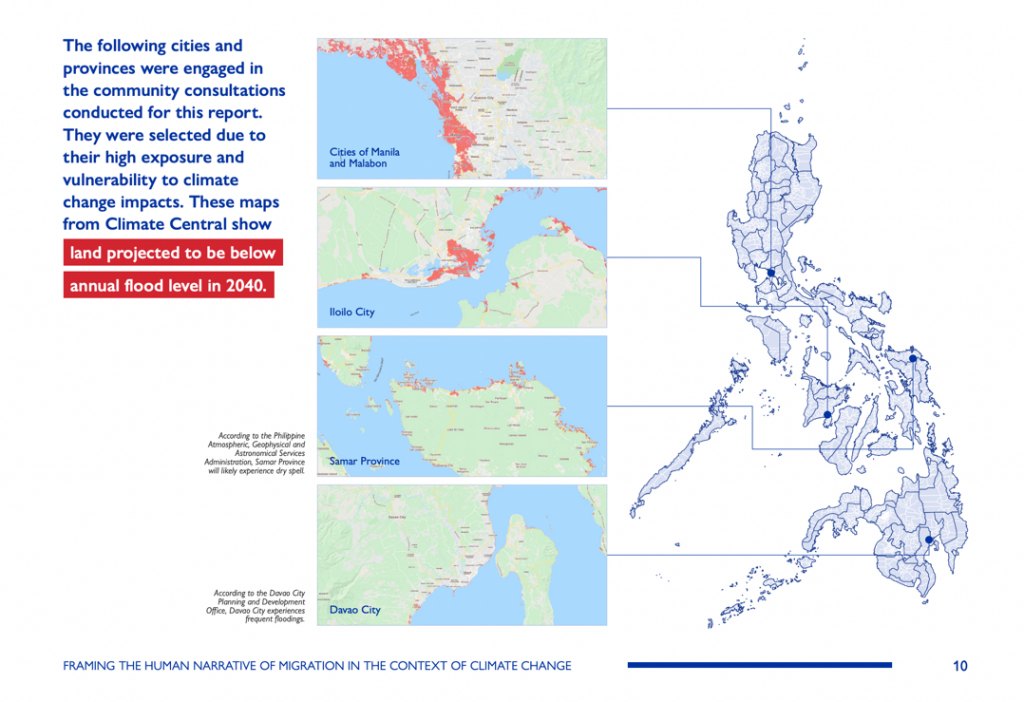 Climate Central maps showing land projected to be below annual flood level in 2040. Framing the Human Narrative of Migration in the Context of Climate Change, page 10.

At the occasion of World Environment Day, IOM Philippines launched the “Framing the Human Narrative of Migration in the Context of Climate Change” report on 4 June 2021. Despite being among the smallest contributors to climate change, the Philippines ranks as the second most affected country by the impacts of climate risks, according to the 2020 Climate Risk Index.

Developed under the scope of the “Climate Change Adaptation and Community Resilience in the Philippines” project, funded by the IOM Development Fund, the report asks: What is the current state of migration in the context of climate emergency in the Philippine setting?

Through a literature review and exploratory interviews with community members and local governments, the report presents two key findings:

As the report highlights, farmers and fisherfolk, older persons, the urban poor and women are among the most vulnerable to climate change. Women represent 80 per cent of those displaced by the climate emergency in the Philippines.

The event, opened by the United Nations Resident Coordinator, reached over 500 people and is intended to serve as the basis for upcoming policy discussions on migration as an adaptation strategy.

The report may be accessed at the following link.

Media coverage of the launch event: